WE'VE GOT YOU COVERED 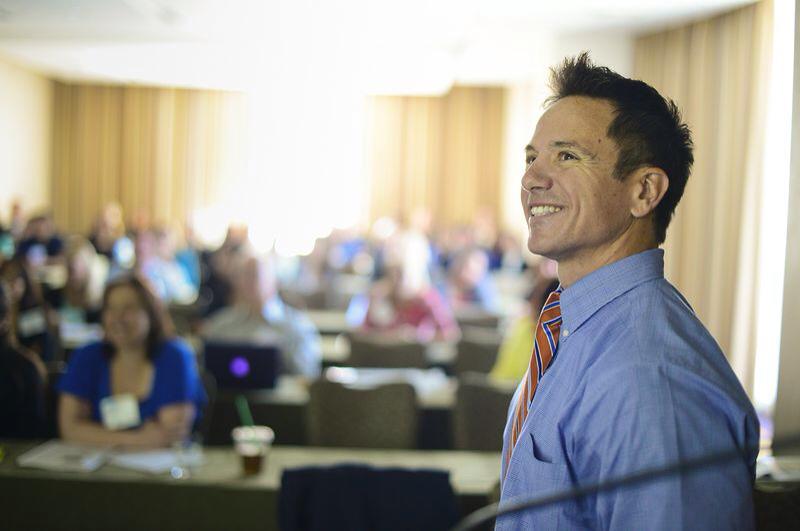 A Q & A with OptiCall CEO Bill Mercier on Leadership, Culture, and Lessons Learned in Running A Business

HOW DID YOU GET THE IDEA FOR OPTICALL?

In 1999, I worked as a Director Of Marketing for a mobile laser company. LASIK was getting its approval from the FDA. My job was to help practices understand the difference between medical patients they were accustomed to working with and consumers wanting to spend cash on a procedure they were excited about getting. One of the biggest challenges back then was proper phone handling skills. No matter how many trainings I did, things tended to go in one ear and out the other.

About this time, one of our doctors performing surgery at the University of Massachusetts Medical Center had their refractive coordinator go on emergency medical leave. Their consultations and surgeries were tanking as a result.

I told the doctor, “While you’re trying to hire somebody else, why don’t you send those calls to my cell phone, and I’ll manage them?”

Within 60 days, we saw a dramatic increase in consults and surgeries. It was proof if you handle calls a certain way, you can have a critical impact on surgical volume.

I went back to my bosses and told them they should start a call center for practices. I even outlined how it would directly impact sales.

They decided they didn’t want to go down that path.

WHAT KEPT YOU GOING?

About four months later, I went out to dinner with my brothers-in-law. The topic came up about what we would do for a living if we could. I laid my ideas out to them, and they said, “I think you should do that. You should look into it right away.”

The very next day, I started putting a plan together. A few months later, I had three practices that were willing to give me a chance. I started with three cell phones on my belt, one for each practice. At the same time, I was still working full-time for the mobile laser company.

There were times I was driving down the road, and the phone would ring. I’d have to pull over, pull out my notes on that practice and their schedule, then try to book the caller for the consultation—all on the side of the road. One of the original practices is still with us today, 20 years later.

I decided on July 15th to quit my full-time job and go full tilt. I moved from the cell phones on my belt to a set-up in my dining room.

WHAT WERE SOME OF THE BIGGEST CHALLENGES YOU’VE HAD TO NAVIGATE, AND HOW DID YOU DO IT?

From the start, I was excited to put my plan into action. Although it was going well, it was scary to be on my own. You don’t know what you’re going to do. You don’t know if you’re going to survive. I would often question where I’d go from here or how I’d make sales while answering patient calls all day. Those were scary times like so many have when trying to start a business.

But even as we grew, there were challenges. The first official office I opened was in Plymouth, MA. As we gained more clients, we started supporting practices across the country that were in different weather belts than us. The idea of working remotely was not a concept back then. Sure enough, we’d get a 2-foot snowstorm, and we’d go from eight people down to four people who were able to come into the office to work. Nobody could work out of their house, people couldn’t get out of their driveways, and kids were home from school.

We had to adjust. We moved the office to Florida to support practices regardless of the weather. Florida can get a hurricane that comes through, but not nearly as often as we would get snowstorms in New England.

But even from there, it took us years to become profitable. We’d break even, lose a little bit of money, or borrow money from the bank as we figured out the suitable business model, pricing, marketing, and all the other things we didn’t have experience in. We had to figure that all out by trial and error.

HOW DID YOU HANDLE THE UNCERTAINTY?

From then on, the mental shift made me focus on moving forward instead of being stuck in fear. Fast forward several years to the COVID pandemic, we faced a once-in-a-lifetime obstacle that was the end for many companies across the nation. Our experience with many challenges throughout the years helped us become more prepared. As a small company, we had to recognize that business as usual would never be the same. Remote workers were now the reality of the future.

As a result, we made significant technological investments to support remote workers while trying to keep the “family business” feel our team was accustomed to.

Now that we are more remote based, we find we attract more qualified candidates and have better employee retention.

When you’re starting, it’s just you, and things are pretty simple. But, once you start getting employees, you deal with different personalities, mindsets, and work ethics. It was a learning process to develop more empathy. When something happens, I have to take a step back, take time to listen to their thoughts, and consider their perspective.

And in the last few years, empathy has been even more critical. I now factor in what’s happening in their life that’s making them feel a certain way. For many, being at OptiCall isn’t just their job – it’s more than that.

HOW HAVE YOU BEEN ABLE TO CREATE SUCH A STRONG CULTURE AT OPTICALL?

I would say empathy was the foundation. It goes back to the heart of what we do, making the human experience personal. We try to give the most personalized experience to every patient. In the same sense, the OptiCall culture is to create a fun atmosphere and makes people feel valued. We’ve set up Microsoft teams groups for inter-office communications, but also for people to share their pets’ photos or tell jokes. We’ve turned key-performance indicators into employee games, making it a point to recognize good work regularly.

FINAL THOUGHTS FOR THE FELLOW BUSINESS OWNER OR OTHER LEADERS?

One of the biggest lessons is being able to learn from others. Unfortunately, we didn’t have anyone to base our model on because there weren’t other services like ours. But if you can avoid trial and error by following examples of successful businesses you can save time, energy, and money.

When you’re stuck, go back to solving a problem. Look at things from the customer’s perspective. How can you solve their pain points?

Finally, focus on empathy. Running a business can be highly stressful. It’s easy to try to solve everything yourself. By focusing on not only the customer perspective but also the different views of employees, you find new answers and insights that keep you going forward.

“The Devil’s in the Details” of Managing a Medical Practice

Your Patients Aren’t That Patient (And It’s Costing You)

People are Talking About Us

“We have been working with OptiCall since 2003. They are amazing!